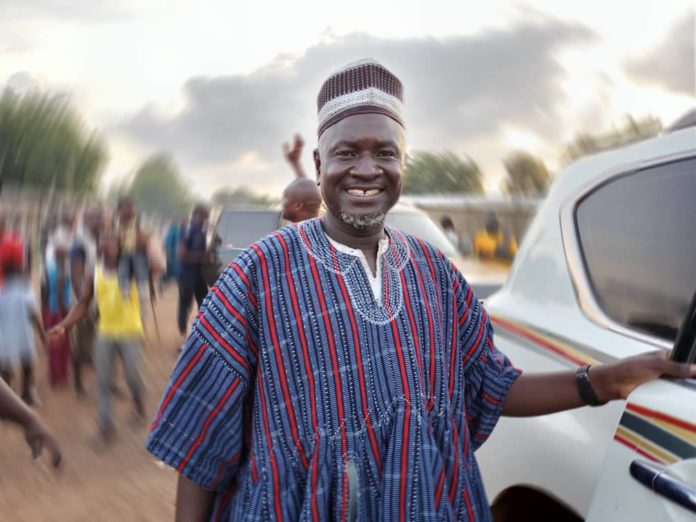 The Savannah Regional Chairman for the New Patriotic Party (NPP), Alhaji Iddrisu Sulemana popularly known as Professor Kalamonia has sent a strong caution to contractors in the Savannah region who are delaying the execution of important Government projects in the region even they though have received huge sums of money in respect of the projects but are not on site.

A Press statement issued on 12th December, 2019 entreated all contractors to speed up in executing government projects in the region or forfeit them.

Alhaji Sulemana said he sees no reason why those projects are delaying when funds have been released by the government to complete them.

Alhaji Sulemana mentioned roads, accommodation and classroom blocks among many projects that are in their various stages of completion have stalled for sometime with contractors not found at the various sites.

Below is the full statement released by the NPP Chairman:

The Savannah regional Chairman of the ruling New Patriotic Party, Alhaji Iddrisu Sulemana (Prof Kalamonia) is sending a caution to contractors in the Savannah region who are delaying the execution of important govt projects in the region.

The projects include the construction of accommodation and class room blocks across the various second cycle schools in the region to ease pressure on the current situation as a result of the double track system. Spot checks reveal that these projects at various stages of work have stalled for sometime now.

Again, the government in its efforts to improve the road network of the region, has released funds for the construction of key roads in the Savannah region. However with the exception of a few (the Mankpan to Kpasera, portions of Tamale to Salaga roads), none of the other contractors are on site.

The Daboya Busunu Mankarigu road, Kusawgu Tuluwe road,  Bole Sonyo road are roads that connect important traditional areas in the Savannah region and are thus of high priority to the govt.

Interacting with some key stakeholders in Accra early this week,  Prof Kalamonia is convinced that some of the contractors though have received huge sums of money in respect of the projects are not on site.

It is therefore this worrying situation that has necessiated this warning for them to either go to site and work or loose those contracts.

The Regional Chairman does not want to believe that the contractors who are not on site are playing any game of sabotage but further investigation will be done for the avoidance of doubt.