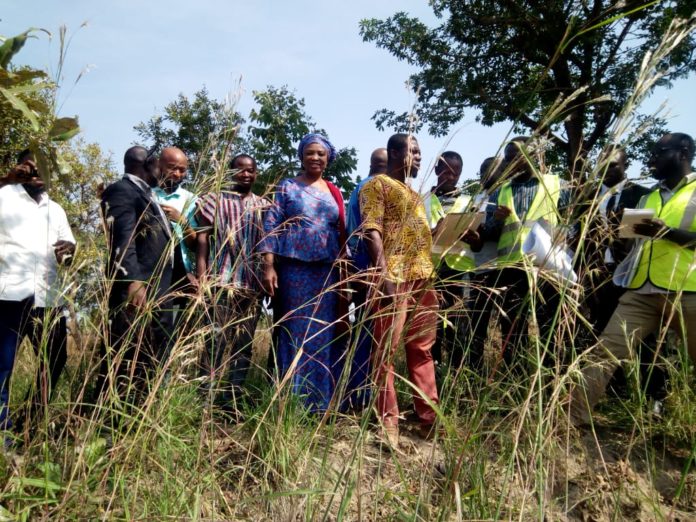 The District Chief Executive (DCE) for Bole Madam Veronica Alele Heming on Monday 2nd December 2019 handed over 10 acres of land (40 plots) to contractors for the construction of an administration block and Bungalows for workers of the Savannah Regional Agriculture Office.

Speaking to Bole based Nkilgi FM, Madam Heming said it was the hard work of the Agric.  Department in the Bole District through their performance in cashew plantation, Planting for Food and Jobs among others, that got them the Regional Agriculture department for Savannah region.

She appealed to all to come onboard and work towards the realization of the office that will benefit Bole and Savannah region.

The Bole District Director of Agriculture Alhaji Mumuni Ibrahim, who was present at the site used the opportunity to call on the good people of Bole to embrace the project for the betterment of the town and region.
The contract was given to two constructing firms namely, Arz Consult and Gumah&Son’s company limited.

Meanwhile it is expected that the Savannah Regional Agric. Department will be completed by December 2020.
Source: Nkilgifmonline.com/ Mudasiru Afari Techie