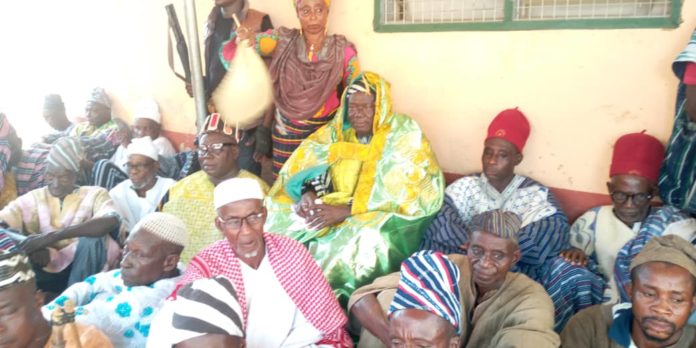 A letter signed by Bolewura Safo Kutuge Feso (I) and copied to Bole based Nkilgi Fm dated 5th December, 2019 said the present Bole lands allocation committee has been desolved with immediate effect 5th December, 2019.
Below is the full letter:

LAND REFORMS – BOLE TRADITIONAL AREA
The Bolewura Sarfo Kutuge feso (I), President and Paramount chief of the Bole Traditional Area wish to bring to the notice of the general public that the present lands allocation committee has been desolved with immediate effect 5th December, 2019.

All lands acquired but unused from the reign of Gbeadese to Pontonprong returns to the allodial owner, this include lands within Bole township and without.
All claimants to such lands are as a matter of urgency expected to produce valid documents for reacquisition of such lands. By this notice, the new committee is empowered to reallocate such lands to persons ready to develop.
Any person who does business with the dissolved committee does it at his/her own risk.

Members of the new committee are as follows:
1. Adams Seidu (Wagazi) – Chairman