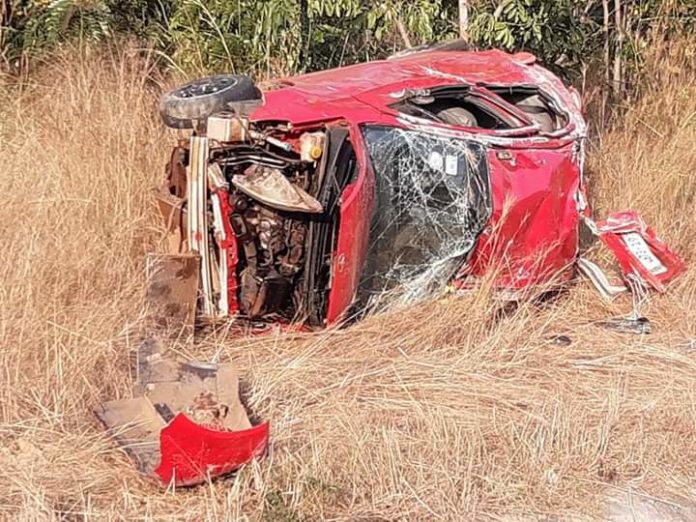 One person has been confirmed dead in a fatal car crash at Achubunyor on the Damongo to Fufulso highway in the Savannah Region on the night of Sunday 30th November, 2019.

The deceased who has been identified as Madam Hussein Mariam, a nursing mother died on the spot when the car she was travelling with summersaulted several times after a front burst. The driver of the car  Mallam Hussein is the husband of the late Mariam and an Ahmaddiya missionary based in Tamale.

The late Mariam’s son who is one year old and two other ladies in the car survived the accident.
The child was heard crying in the bush when the car in the course of the accident threw him far away from the scene.The little boy had his leg broken with his father and the two other passengers sustaining minor injuries.

They were quickly rushed to the West Gonja Hospital at Damongo for medical attention.
The couple were travelling to Tamale after attending a wedding ceremony at Wa in the Upper West region.
Source: nkilgifmonline.com/ Zion Abdul- Rauf