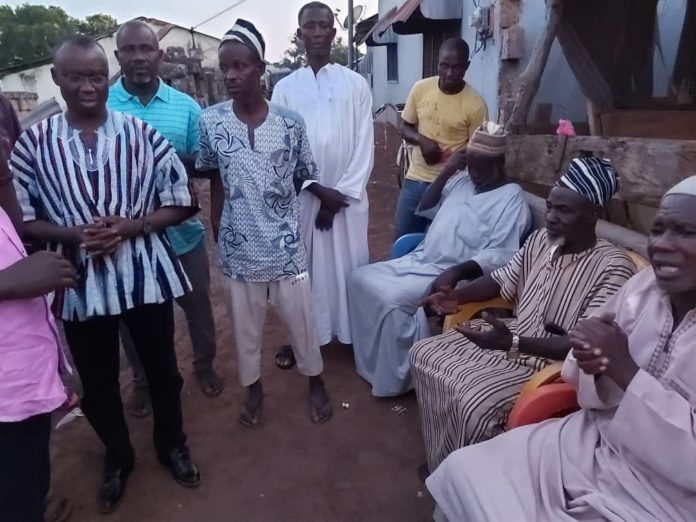 Separate ceremonies where held on Sunday 19th November 2019 at Lampur, the Kpembe Nursing and Midwifery Training School, Salaga station and Moskayi all in the Salaga township of East Gonja Municipality to officially pave way for the construction of 10 seater KVIPS with an ultra morden touch under the auspices of Ministry of Special Development Initiative.

The Member of Parliament (MP) who doubles as the Minister for the Savannah Hon Adam Braimah Salifu indicated that the aforementioned communities among others have on countless occasions approached him on the need to get them a public toilet.

In a statement, the MP indicated that bringing development closer to constituents and cushioning their living conditions has always been his greatest priority. He added that, the confidence reposed in him which manifested in making him the member of parliament for the area will never be compromised.

Hon. Salifu Adam Braimah also introduced the contractor who is also an indigene to the elders of the community and softly asked them to ensure that they monitor and supervise his work and also acknowledged the support of Hon. Mavis Hawa Koomson (Minister for special Development initiative) in getting the KVIPS.

Alhaji Habibu Lock and Baba Seidu Karam on behalf of community folks thanked the member of parliament for the numerous interventions and promised to consistently remember him in their prayer.
Source: nkilgifmonline.com/ Mufti Habibu