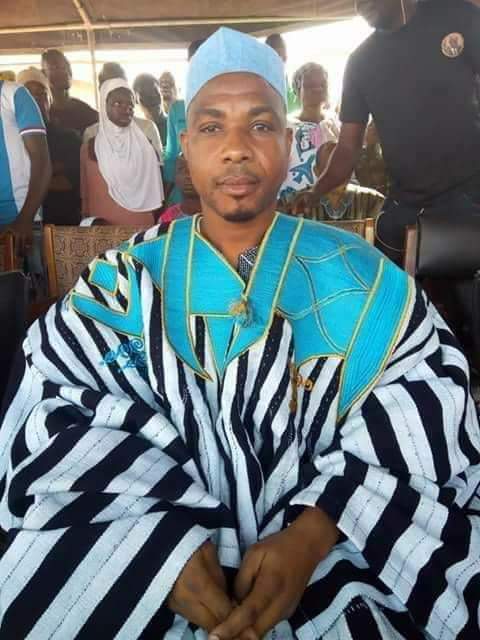 The National Democratic Congress (NDC) in the Daboya- Mankarigu Constituency of the Savannah Region has given the District Chief Executive (DCE) for the North Gonja District five (5) working days starting from Wednesday 20th November, 2019 to embark on certain actions over the Daboya Township Water problem or they will employ every available machinery within their disposal to ensure that water flows in Daboya.

A press statement issued by the NDC in the Daboya- Mankarigu among other issues called on the DCE Hon Adam Eliasu to organise a town hall meeting to tell the people of Daboya what their money is being used for; what has been in terms of the small water system revenue accumulated in 2017, 2018 and  2019 respectively; restore the water problem permanently as it was before they took over and finally speak on the commitment of being responsive to the current water problem in Daboya.

Read the full Press Release below:

We greet you, our suffering mothers and sisters in Daboya, we can imagine the pain and agony you endured in the state of the Daboya water system which is being managed by clueless  NPP party  foot soldiers claiming to be experts in management of the water system.

The Daboya small town water system was fully developed by Rawlings in the year 2000, targeted at a popultion less than 5,000.That was the time we migrate from treated water system to the underground.

As the population of Daboya increases an expansion was carried in July,  2014 to serve the growing population.This was done under the leadership of Hon. Sorku Kasimu Yahuza as the DCE and JM  the president.The District signed  an agreement with ZHONMEI ENGINEERING AND CONSTRUCTION LIMITED.

The government had a solid plan of working on several other small town water system until it unfortunately exited  power in 2016.in all these years water supply to households was very good and regular with few occassional challenges which were fixed with the urgency required.

The NPP government took over the helm of affairs and uder the leadership of Hon.Adam Eliasu (current DCE) who employed party  foot soldiers to manage the water system his predecessor laboured hard to fix.The change of plans came after they realised that they were heading towards  failure, quickly they   transfered the staff interchangeably to  other jurisdictions and bringing others from uknown locations to  Daboya.Same foot soldiers from different constituency.

It is a clear testimony that the management of the water system by the local board constituted by the community Chiefs of a representative from Wasipewuras palace,  opinion leaders, political head,  assembly personnel and also Mr Dramani Tahiru who is now the current campaign coordinator of the NPP Parliamentary candidate were far better managed than we are witnessing today in the hands of party foot soldiers.

However it is mind boggling and evidently clear that the managers imposed a levy of twenty (20) Ghana cedis on individual house holds of about 344 who are connected to the water pipe using stand pipes.

Ladies and gentlemen, upon these huge money paid to the management, they finds it defficult to mainained and repair break downs from 2017 when they took over till date.

Ever since they took over, it is either the current MP Lawyer Mahama Shaibu Obei works on the water with his own resources or other sources since 2017. Many  times, the Member of Parliament engage the services of PUMPTEC to do the maintenance and repair works yet, the people pay monthly rates for consumption.

Today, political and partisan sabotage has been added to the status quo just in an attempt to do the bidden of the current parliamentary candidate of the NPP using the party foot soldiers who disguised themselves of being water system experts.

Consider the plight of the people and not dancing to the tune of  someones political interest or parliamentary ambition.

Finally, we are by this release sounding a word of caution to the DCE of North Gonja District and his party foot soldiers who act in disguise as managers of the Daboya town water system to do the following:

1. Organize a town hall meeting to tell us what our money is being used for.

3. Restore the water problem permanently as it was before they took over.

4. Speak on the commitment of being responsive in the future unlikely occurrence.

Failure by the DCE and his system managers to do so in 5 working days starting from today, we shall employ every available machinery within our disposal to ensure that water flows in Daboya.