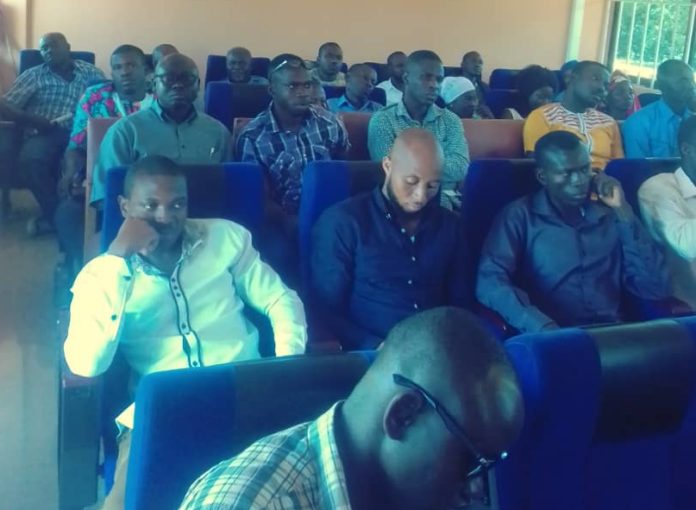 The Bole District Assembly placed 8th out of 50 districts in which the Ghana Audit service (GAS) conducted performance audits on selected infrastructure projects. This was made known at a Town Hall meeting on Dissemination of Performance Audit Results and Score Cards on Tuesday 5th October, 2019.

The scorecard provides a rating of the performance of the Bole District assembly based on the results of the performance audit and it was developed by CARE, OXFAM and ISODEC in partnership with other civil society organizations (CSOs) citizen groups and the Ghana Audit service (GAS) as part of the implementation of the USAID-funded Ghana’s Strengthening Accountability Mechanism (GSAM) project.

Projects assessed were the 5-Unit Teacher Accommodation at Jakala in Bole town (April-september 2015) and the Girls Dormitory for Girls Model School in Bole (August – October 2015).

After going through the initiation and planning, procurement and contracting, project execution and projects benefit, Bole scored 63% out of 100% and placed 8th out of 50 districts in the country.

The Ghana Audit Service however mentioned that their department is currently trying to hold him accountable after calling him on phone to make amends.

Mr Enoch of the Ghana Audit Service explained further how important it was for the seek of transparency between the people and their leaders, the reason such a town hall meeting has been organised to account to the people what actually transpired in executing capital projects.

Recommendations were giving to the Bole District Assembly for future execution of capital projects in the district.