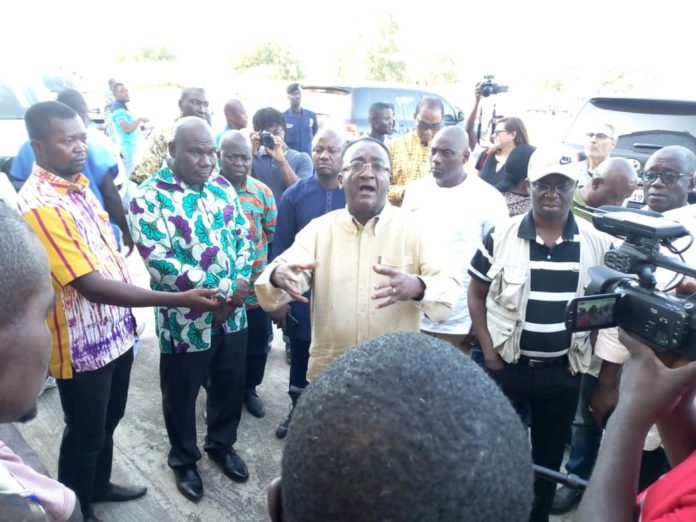 The Minister emphasised that it was very unfortunate that his comments were misinterpreted and added that he would never in his life denigrate northerners or for that matter any group of people.

“I want to state emphatically that I have never and will never in any way insult northerners. I was only highlighting the benefits the PFJ programme has brought to Ghanaians. I did not insult anyone. It’s the NDC that are seeking to sow seed of discord just for political propaganda”; he explained.

The Minister maintained that he was only referring to how much the people of the Savannah ecology including parts of Ashanti, Bono and Ahafo Regions have benefited from the Planting for Food and Jobs program and not as has been carried in the social media openly and obviously championed by NDC who have twisted his content to appear as if he said that but for the program Northerners would not be able to put up better houses and live good lives.

He asked the people to disregard the obvious propaganda of the opposition NDC.

The Minister made these comments when he visited the Overlord of the Gonja Traditional Area Yagbonwura Tuntumba Boresa at the Jakpa Palace in Damongo.

Dr. Owusu Afriyie Akoto said the essence of his tour of the Savannah Region was to assess the progress and impact of the Planting for Food and Jobs program.

The Minister of Agricultural also spoke on how women in Northern Ghana struggle to pick sheanuts and walk long distances and how sheanut can become the cocoa of the Savannah area.

He said he was at Bole to understudy the work of the Cocoa Research and found out there is a lot of research on sheanut and that some sheanuts that was planted three years have started flowering.