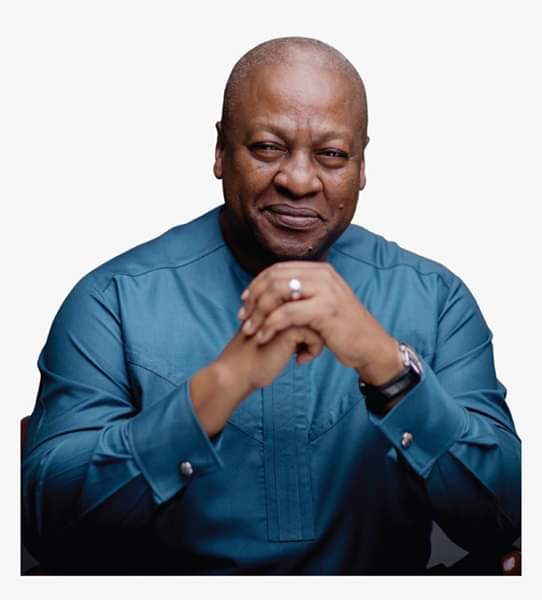 Jesus shattered conventional views of leadership by demonstrating the kind of humble leadership he wanted from his disciples by washing the feet- the job the lowest rank servant in the house at the time.
Prophet Mohammed also encouraged same humble style of leadership in his followers. Humility is very important trait in leadership. Humble leaders earn more respect and loyalty than leaders who rely upon ego and power.

Being a humble leader isn’t a sign of meekness or powerless but of greater inner strength.
Humble leaders admit to their mistakes. Because of that strength and willingness to share their missteps and mistakes, it allow others to connect to them in a deeper way. They are genuine.
They know the importance of being authentic. They are the same person in private, in public, and in personal life, in every situation and with every kind of people.

As far as Ghanaians are concerned, humility, ability to listen etc are all abilities of a charismatic leader.
A charismatic and humble leader has the ability to relate well with his people and act on the feeling of the people he is leading and we find all these traits in John Mahama very charismatic and added to that is his humility and his capacity to listen, his ability to articulate issues and implement them without necessarily going into sentiments of being afraid that if he takes certain decisions he will lose an election.

He takes his decisions for the good of the country not his political or personal interest. He was able to achieve what we seeing in Ghana within four years because he is a patriot who believes in Ghana.
Look at the schools, hospitals, houses he built, the roads he constructed, the ports renovation, the investments he made in the oil and Gas sector, the YES initiative, investment in the telecommunication sector.
With all these schemes, it is no wonder that Ghana under John Mahama was rated among the best economies in Africa. The press and critics of his regime enjoyed free space to operate.

Nowadays, those who rode to power on the freedom that Mr Mahama ensured in Ghana now threaten to lock up their critics and close radio and television stations citing hate speech.
Have they sat down to consider that under Mahama not a single journalist was maimed or killed, not one single radio station was closed for criticising the administration.
President Mahama himself ensured that he acted according to his conscience in all he did.

Ghana was rated the best place for doing business in West Africa, improved its standing in transparency international corruption index, was rated among the happiest nations in the world because of the points enumerated above.

He treated everyone with respect though he was the President. From him, I learnt that the best way to be a leader is not to boss people around but help solve their problems. He tried to show Ghanaians the true meaning of leadership.

Unfortunately the psyche of some people has for long been to respecting autocratic leaders and tyrants, who boss and who throw their weight around.

This is the reason why some Ghanaians didn’t understand why he built those beautiful schools in some deprived communities. It was a culture shock to have leader who rather than rolling out populist decisions will focus on developing our deprived communities.
Not stopping there, he built hospitals, libraries, midwifery colleges and first class roads in these communities. He made sure every region, district, town or village enjoyed its portion of the national cake. His love for mother Ghana knows no bounds.

Despite all the odds, the hate, chastisement and the conspiracies, he showed class and stood out, he walked talk and today the world has acknowledged his greatness. His Excellency, may the Good Lord bless and keep you as you prepare for your second coming.
God bless you JM
By Andrews Krow