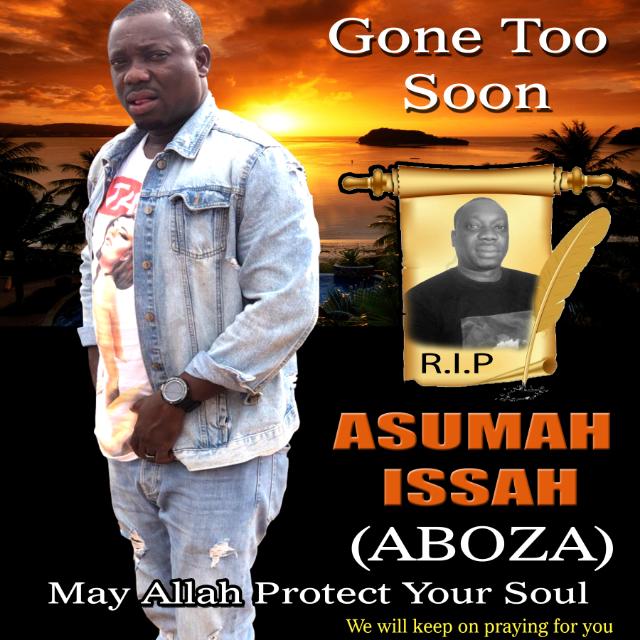 The year 2000 Old Students of the St Anne’s Junior High School in Damongo have presented a total cash of  Ghc 1000 to the family of  Mr Asumah Issah popularly known as Aboza during the 3 day Ad’ua (prayer) held in Damongo over the weekend.

Led by the 2000 year group Senior Prefect of the school Seidu Mananu a.k.a Zabaga of the BMB Music group fame who was a close friend to the late Aboza, the family thanked the 2000 year group of St Anne’s Junior High school for taking part in the Adu’a and also for presenting the cash amount in memory of their friend and classmate.

Aboza died in a car crash on the Kitampo to Techiman highway on the 4th of October 2019 around Jemah in the Bono East Region when he was travelling to Techiman with a renowned Radio presenter with  Techiman based Akina Fm popularly known us DJ Hitman who survived the accident but is in a critical condition.

Hitman was the driver and the owner of the Toyota Corolla vehicle that was involved in the accident.

Aboza in his late 30’s is survived by two female children.