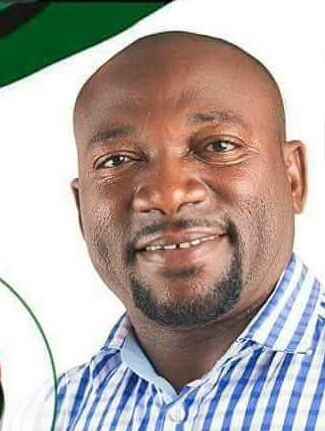 The Savannah Regional Chairman of the National Democratic Congress (NDC) Alhaji Imoro Seidu popularly called “Man Blessing” has sent a warning to a Deputy Chief of Staff and New Patriotic Party (NPP) Parliamentary candidate for the Damongo Constituency of the Savannah Region Mr Samuel Abu Jinapor to stop a contract awarded to the NDC Chairman for the Damongo constituency Mr Sulemana Abdulai popularly called ‘Trouble’ and face the wrath of the NDC in the area.

Speaking exclusively to Bole based Nkilgi Fm, Alhaji Imoro said Abu Jinapor will will not have peace if he uses his position as Deputy Chief of Staff and stop a Ghana National Petroleum Corporation  (GNPC) contract that has been awarded to the NDC Chairman for Damongo on merit.

A fuming Alhaji Imoro said the Deputy Chief of Staff should not think he can abuse power because his party is in power and that if he Abu Jinapor dare take the contract away from the Damongo NDC Chairman, he will never have peace in the Savannah Region and should not blame anyone if he is not able step foot in the area again out of shame.

Chairman Alhaji Imoro said GNPC Foundation projects were given to the 18 members of the Mines and Energy Committee of Parliament and so the Member of Parliament (MP) for Damongo constituency who is a member of the commitee is a beneficiary and as per the arrangement, the MPs involved have the opportunity to get contractors of their choice to execute the projects except projects that are technical which GNPC themselves will get a contractor.

Alhaji Imoro said the MP for Damongo chose Mr Sulemana Abdulai aka Trouble who is a Contractor and the NDC Chairman for Damongo constituency to construct a 12 Seater WC Toilet for the Yagbon Residential Area which is an area in Damongo that is behind the Palace of the Overlord of Gonja Yagbonwura Tuntumba Boresa (I).

The Savannah Region NDC Chairman said the Deputy Chief of Staff and NPP parliamentary candidate for the Damongo constituency on getting wind of this quickly called the GNPC Foundation management and threatened that he was going to get the President Nana Akufo- Addo to stop the Damongo projects.

He said Abu Jinapor also called the Damongo constituency Chairman of NDC Mr Sulemana Abdulai aka Trouble and asked him to call the MP for Damongo and inform him that he (Abu Jinapor) was going to stop the projects at all cost and that he Mr Sulemana Abdulai Trouble and Original Zack who is also a well known contractor and a Savannah Region Vice- Chairman of the NDC should forget the projects even if they were going to be executed in the end.

The NPP in the Damongo Constituency has said that the MP for Damongo Hon. Garlus did not secured the projects for their Constituency.

A statement signed by the Communication Director of NPP for the Damongo constituency Mr Iddrisu Laminu said; “We are completely dismayed and disgusted at the claim of our MP to the effect that he has secured, amongst others, various boreholes, toilets from the Ghana National Petroleum Corporation (GNPC) for some communities in the Constituency”.