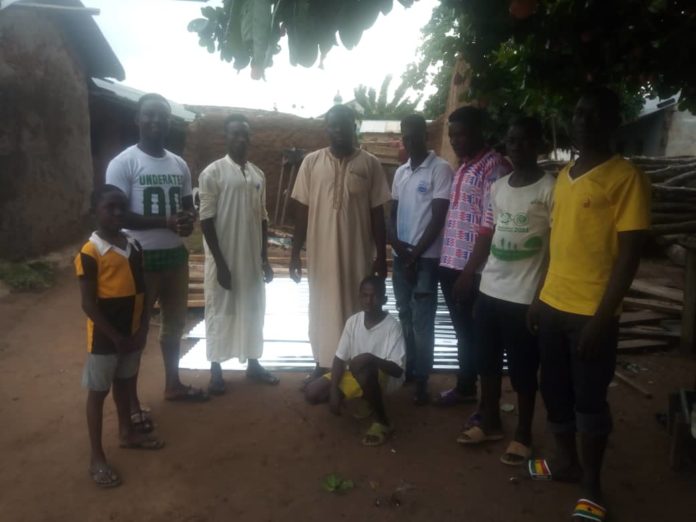 The Member of Parliament (MP) for Daboya- Mankarigu in the Savannah Region, Hon Shaibu Mahama, has donated one (1) packet of roofing sheets, a set of roofing woods and nails  and some other items to an NDC Youth group called ‘Stardam Nation’ at Sawaba in Daboya town to erect their pavilion, which will serve as a sitting place for party and other social activities.

The National Democratic Congress (NDC) constituency Deputy Youth Organizer, Alidu Abdul Wahab, who presented the items  on behalf of the Hon MP said Hon Shaibu considered the donation as his duty to assist his people as party members  in their hour of need, and also to make the party stronger at the grassroot level.

Members of the “Stardam Nation” NDC Youth group expressed their appreciation to the MP for the donation especially the speed with which he responded to their plight without any prompting. They also thanked the MP and pledged to campaign and canvass more votes for him in the 2020 general elections.