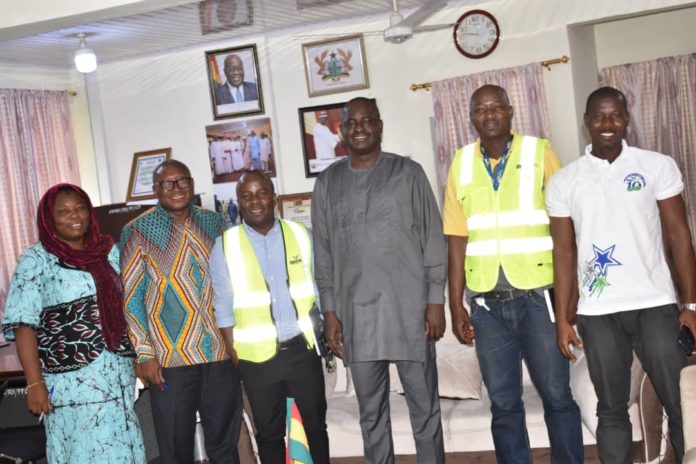 The Upper West regional minister, Dr. Hafiz Bin Salih has expressed delight that commercial flights would commence operation in the Wa airport on October 15, 2019. He said the people in the region are very anxious to witness this historic day. The minister further indicated that all services needed to support the airport operations will be provided. Dr. Bin Salih noted that it will as well boost commercial and economic activities in the upper west region.

The minister made said this during an official visit of the officials of the Ministry of Aviation and Ghana Airport Company to the offices of the Regional Coordinating Council, RCC on Thursday, September 26, 2019.  The Director of Ghana Airports Company, Mr. Yaw Appiah Dankwah said the Wa Airport was an airstrip and has now been upgraded into an airport. According to the Director, the worrying situation is about encroachment on lands around the airport which makes the airport not to have an outer parameter.

Mr. Dankwah noted that every airport facility should have an inner parameter for security purposes and an outer parameter to secure the lands surrounding the airport. He said the necessary assessments were done and everything is satisfied for operation to resume in October.

The regional coordination council assures of its commitment and support to making the Wa Airport operationalised.