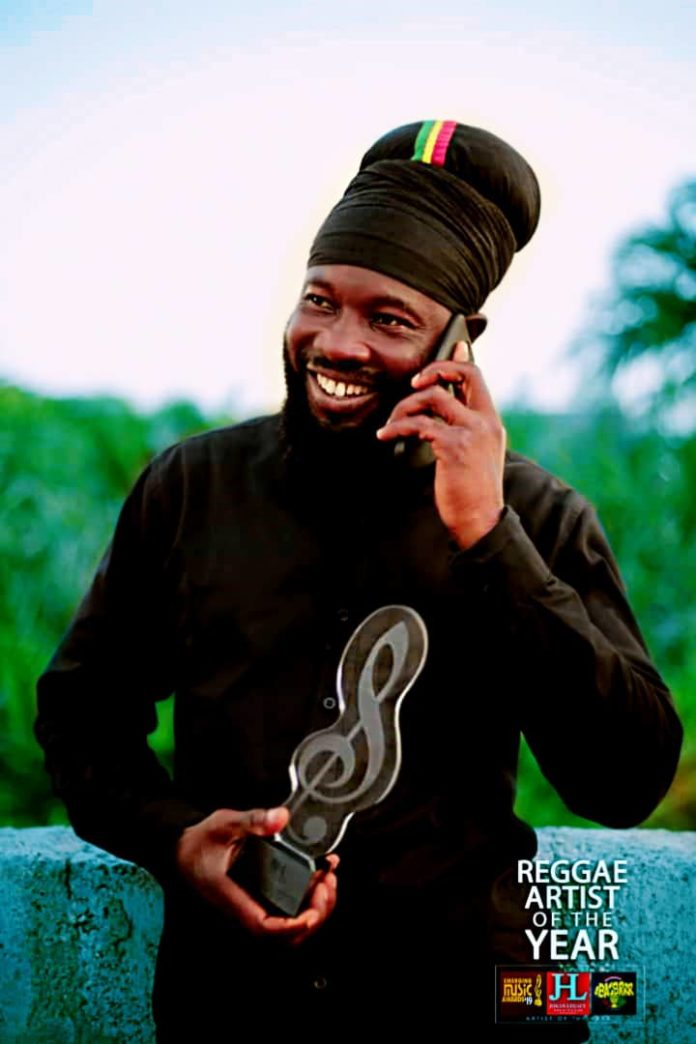 Ghana’s Reggae star, Redfyah known for his mantra “Ababgrrrrr” has won the Reggae Artist of the year category at this years Emerging Music Awards (EMA) held at the Ghana Academy of arts and sciences over the weekend.

Speaking to Bole based Nkilgi Fm, Redfyah who could not make it to the program due to a few challenges, received the Plaque from the organizers after the event and has  expressed his outmost joy to the organizers of the awards scheme for acknowledging his works and as awarding  him with the Reggae Artist of the Year for a good job done.

According to Redfyah, it is a humbling experience to be acknowledged and rewarded for your hardwork adding that; “this will go a long way to strengthen the relationship between stakeholders in the Industry by allowing such good initiatives reward hardworking talent in the country”.

Redfyah also sent word to his fans to keep the support and the spirit of Abagbrrr high to help the movement soar high.