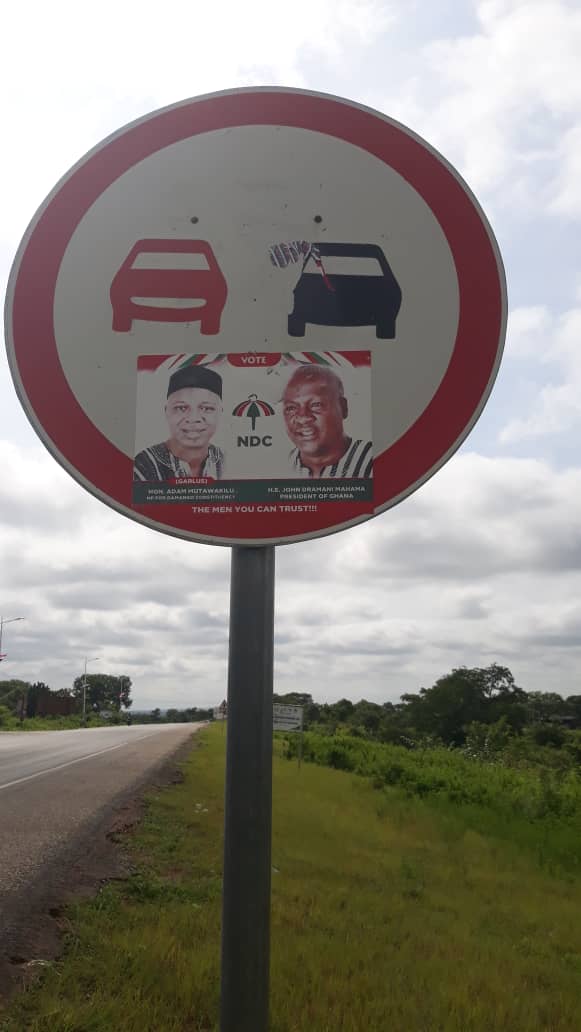 A statement released yesterday 17th September, 2019 and signed by the NPP Communication Officer for the Damongo constituency Mr Iddrisu Laminu said Hon Mutawakilu Adams Garlus was seen distributing money in a blue black Benze car at various polling stations in the constituency with the intent of becoming a DCE when his party wins ans that the likes of Mr Hashim, Hon. Castro,  Hon. Ayuba Mercy, Alhaji Abu Salanga, Mr Alhassan, Hon. Ali Kassim just to mention but a few were those who held the forth for the party in the constituency who were equally qualified to be appointed as DCEs in 2009 but werw sidelined because they did not expend money.

Read the full statement from the NPP Communication Director for the Damongo constituency below:

The press release by the NDC communication directorate dated 16th September, 2019 is without bases, in bad faith, dead on arrival and can be described as one of their usual propaganda shows.

However in the NDC press statement, we can without any doubt conclude that they (NDC) are responsible for the defacing and removal of the posters and flyers of our Candidate Lawyer Abu Jinapor in the Damongo constituency.

Now, unless of course the NDC Communication directorate in the constituency want to have another meaning for the word “reckless”, the NDC should see themselves to be the most reckless as far as pasting of posters in the constituency is concern. In their just ended parliamentary primaries in Damongo, posters of Garlus (aka UDS MAFIER) were displayed in almost every corner in the constituency including sign post on this same roads the NDC is talking about.

The NDC in the constituency and their parliamentary candidate Garlus (aka UDS) MAFIER) should be the last people to be talking about people buying themselves into the Damongo constituency. Just a little reminder to the NDC, we have all been witnesses to how Garlus bought himself into the Damongo constituency in 2008 December election day. Garlus (aka UDS MAFIER ) was seen distributing money in a blue black Benze Car at various polling stations in the constituency with the intent of becoming a DCE. The likes of Mr Hashim, Hon. Castro,  Hon. Aluba Mercy, Alhaji Abu Salanga, Mr Alhassan, Hon. Ali Kassim just to mention but a few were those who held the forth for the party in the constituency who were equally qualified to be appointed as DCEs in 2009.

The NPP have realized that the NDC have actually made several efforts to get Lawyer Abu Jinapor out in the Damongo constituency by leveling all manner of allegations against his person, his integrity and his candidature which have all proven futile. The NDC is very much aware that defeat is steering at Garlus (aka UDS MAFIER’S) face hence their desperate attempt to hold on to powder in the constituency by hook or crook, thank God now the NDC have nothing to level against Lawyer Abu Jinapor’s candidature but his posters because they lost it.

Talking about Fufulso Sawla road, the NDC and Garlus (aka UDS MAFIER)  should bow their heads in shame and apologize unconditionally to the people of These two constituencies for supervising on these poor road network.
The NPP in these constituencies especially Damongo have been vindicated and deserve commendation as far as this road project is concern. The NPP have made several attempts including Radio discussion to make sure that we had good road network but it all fell on death years because the NDC was power drunk and had wooden glasses on their faces hence the couldn’t see through, thank God they have now seen the truth. In any case, where is the money candidate Mahama and Garlus (aka UDS MAFIER) said was going to be used for BUSUNU – DABOYA road construction? Is it the case that the UDS MAFIER have mafiered that one too?

It’s so pathetic, unfortunate, unreasonable, intellectually dishonest and nonesencical for the NDC and Garlus (aka UDS MAFIER) to think that it’s posters that wins an election.

We also want to urge Garlus aka UDS MAFIER and his communication team to report officially to the police if they think they have a case.

Removing of the posters and flyers is in bad taste and we are by this press statement sending a very strong signal to the NDC to desist from it with immediate effect or will face the full reggose of the law.

We know the NDC and Garlus are panicking but they are acting in bad faith with this kind of unpardonable behavior.