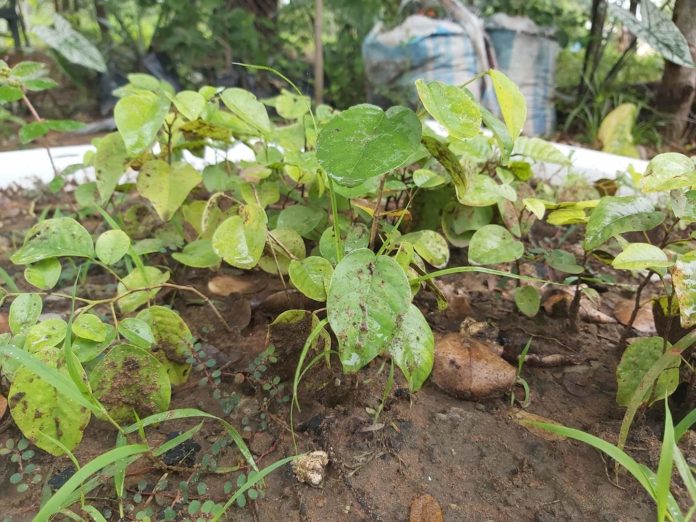 Our vegetation was rich and well stocked by nature with all species of trees, until the invasion of masked professional loggers who came with documents purported to have given them the mandate by the usual people at the top to salvage trees that were affected by the construction of the Fufulso Damongo Sawla road.

Their activities steadily slipped into the forest and they were so lucky because it is easy to turn brothers against each in our part of the country. So they did exactly that and when we were busy at each others throat, they were making millions of dollars at our blindside. And while the immediate and future effects of their activities were glaring at us in the face, some pretended as though all is well.

It is sickening to note that most of the tree species are rare yet Gonjaland/Savannah region cannot show what it bartered it’s forest with.

One of the trees that was largely traded and still being smuggled out is Rosewood. Due to its demand, it was logged indiscriminately and this obviously should be a worry to all of us.

Now I have good news for sons and daughters of Gonjaland/Savannah region. Seedlings of Rosewood have been found and fortunately being nursed in the heart of the capital (Damongo). Are we going to immediately take advantage of the availability of almost all these wild trees including Papao and embark on an afforestaton program or allow the selfish land owners to ruin Gonjaland/Savannah region for us?

To me, given the wide importance of trees in general, which includes their capabilities to act as windbreaks, to reduce the level of carbon dioxide in our environment and also holds the ability to increase the ozone content of the atmosphere which effectively curtails green house effect, I strongly advocate the entire citizens of our Savanna Region gets enthused by these merits and many more to engage in the replanting of this endangered species of rosewood.

For the economic value of rosewood, we could engage in its cultivation and further explore the various items this tree can be processed into. By this, a lot more persons,especially the youth could be trained and given the needed skills to attain or create for themselves employment opportunities. This gives hope as well, and forbid the youth from engaging in the commission of social vices which are inimical to societal development.

Lets together regrow the rosewood and make savanna Region its depot, for it can serve us in a multitude of ways beyond even our expectations.