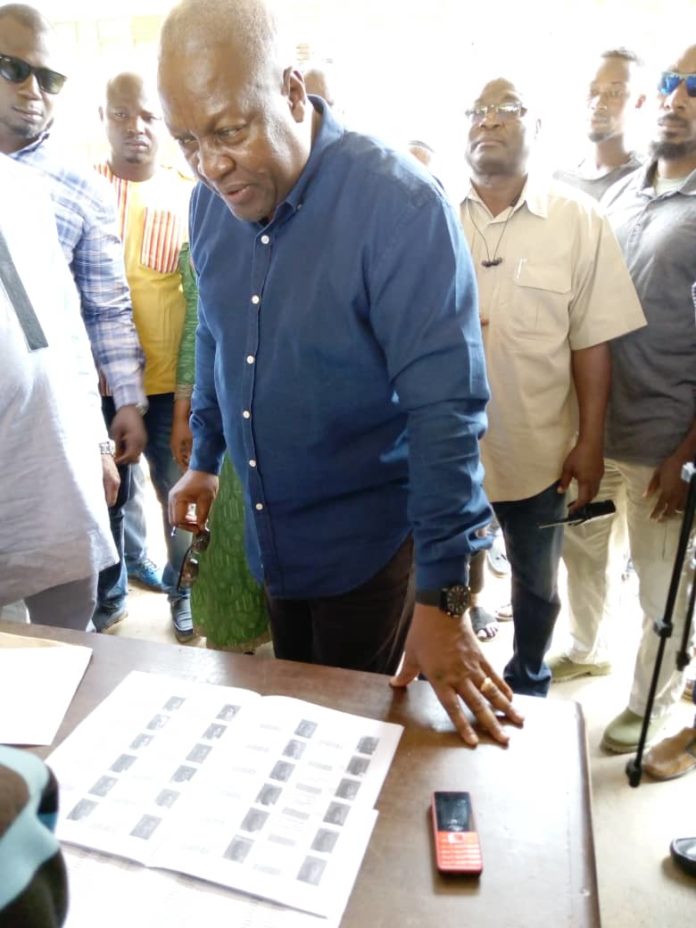 Former President John Dramani Mahama has said that the posture of the Electoral Commission (EC) of Ghana in the recent past has been to look at the National Democratic Congress (NDC) as if they are antagonistic towards them (EC) but they are not and hope the EC will always listen to their complaints.

“We are not antagonists of the EC, we are partners. The political parties are the main stakeholders in elections and so the political parties have an interest in making sure that elections are held with integrity so when we criticize the EC is not because we dislike anybody in the EC but is because we want the EC to get up and do a good job so that all of us can be proud of the commission”.

He added;
“So we will continue to criticise if we see that things are not done the way the should and the EC should take it in a good faith”; the fomer President said.

He further said political parties in opposition have a greater stake because they want to win elections and replace the incumben and so they will always “point out these things even more to ensure that the EC sit-up”.

The former President said what every party whether in opposition or in government want is that. by the end of an electoral exercise, there will be full confidence that there was a level playing field and it was treated equally.

The former President was speaking to the media including Bole based Nkilgi Fm at Bole today 16th September, 2019 after checking his name on the voters register at the District Assembly Polling station at Bole where he has been voting since 1992.

The NDC flag bearer started his speech by saying; “my name is on the register at the District Assembly Polling station in the Bole- Bamboi constituency meaning that I am able to vote in any pending election”.

He also explained that Electoral Commission has extended the exhibition period to Friday and “I will encourage everybody to take the opportunity to come and check and make sure their names are on the register so that the are not disenfranchised in any future election”.

He said there are few difficulties that the electoral commission should attend to and that there are complaints about multiple registers with the 2016 final register and 2019 provisional registers creating a bit of confusion in many places and then in some places there are complaints that for the new people who registered, they are identified only by their official features even though other biometric features have not captured yet.

He said the fear is that in future during an election that is using the biometric verification devices, they might not be able to vote because their biometric features will not be on the biometric machines.

The former President said there are complaint from political parties that the do not have the full register but parts of it and it makes it difficult for them to monitor and follow the exhibition exercise.

“I think these are things the electoral is enjoined to do so they need to sit up and then make sure the parties have the registers so that we can help them. We are partners in this exercise we can help to make sure that we have a register that is credible and capable of being use in any election in future”; the former President said.