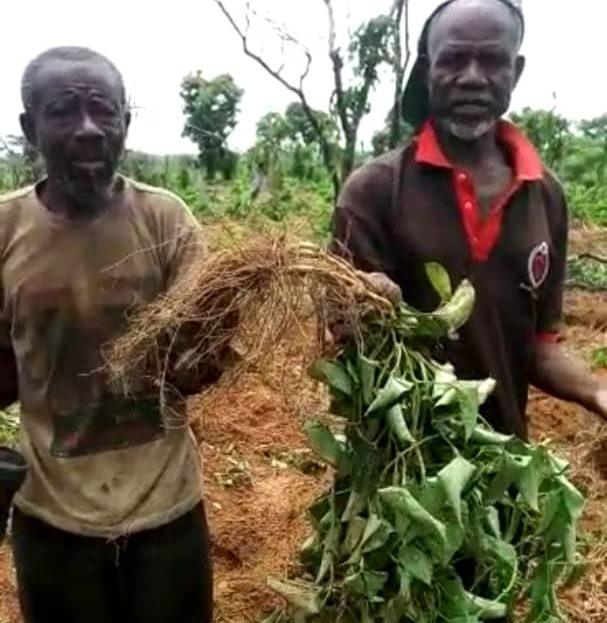 Elephants in the Mole National Park which is in the West Gonja District of the Savanna Region have destroyed several acres of farmlands of peasant farmers at the Larabanga community which is near the park.

The Mole National Park is the largest wildlife conservation area in West Africa with many species of wild animals that are well protected.
A wildlife census conducted at the Mole National Park this year (2019) revealed that the park has a healthy and growing wildlife population capable of putting Ghana on the global map of great wildlife tourist destinations.

The census collected information on the population of animals such as elephants, buffalos, bush bucks, warthogs, kobs, water bucks, hartebeests and baboons among others found in the park with the multiple approaches used to collect data for the census estimating that the elephant population was about 436 and buffalos, about 1,392. There were about 126 warthogs, 253 water bucks, 337 kobs, 82 bush bucks and 2,813 hartebeests and so on.

There have been occasional conflicts between poachers especially from the fringe communities and the rangers and officials that protect the park.

There have been several reports of destructions of farmlands of farmers by elephants from the park but the people say they are helpless because anyone who kills an elephants to protect his farmland  is treated worse than killing a human being.

Meanwhile an indigenous Rights Organisation called ‘Settle Ghana’ has threatened to petition the lands and natural resources Ministry over dozens of indigenous farms around  the fringe communities that are being destroyed by marauding elephants of the Mole National Park in the Savannah Region of Ghana.

Mr Abu Karimu, Executive Director of Settle Ghana, the  non-governmental organisation said this to Bole based Nkilgi Fm after visiting some destroyed farms at Larabanga, a farming community near the Mole National Park in the West Gonja District of the Savanna Region.

He said his  organization is petitioning the government to as a matter of urgency create a fund to cater for the affected farmers who has been going through this especially this time of the year.

Mr Zakaria Sumani, a farmer from Larabanga explained to Bole based Nkilgi Fm how his five acre farmland was completely destroyed by some marauding elephants from the park and is currently appealing for support from the government in order to take care of his children.