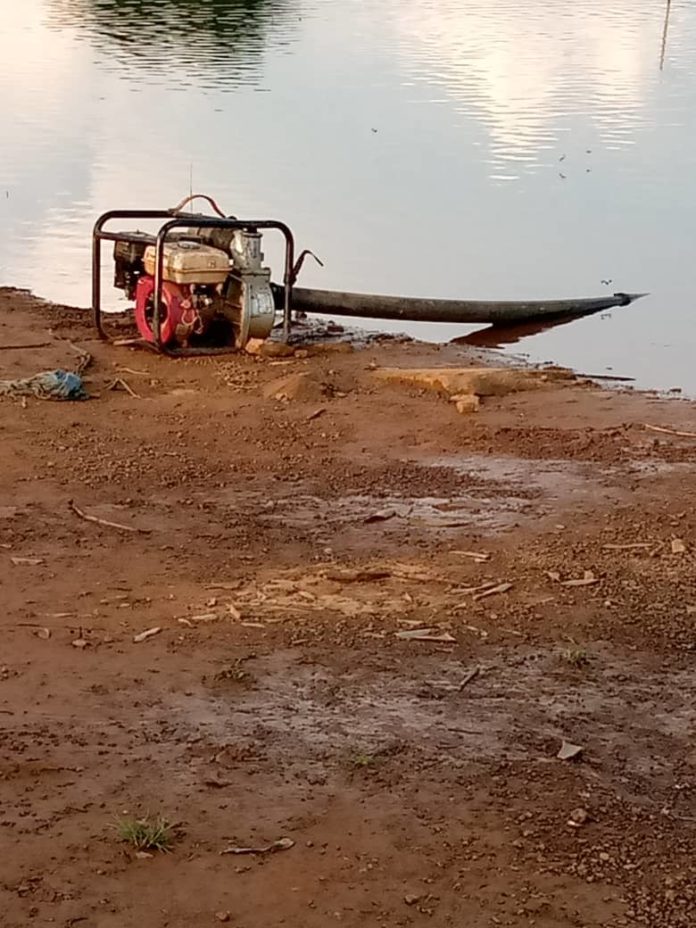 The major source of drinking water for residents of Damongo, capital of the Savanna Regional has been poisoned with a chemical suspected ro be DDT which is colorless, tasteless, and almost odourles.

The Damongo Agriculture Dam known as ‘Agric Dam’ which serves the inhabitants of the township was poisoned by unknown persons with ishes and other aquatic creatures in the dam found dead on the shores of the dam in the early hours of yesterday Thursday 29th August 2019.

Many people in Damongo are wondering who might have been behind this broad day act of ”witchcraft” of poisoning the dam with Chiefs and the young very furious and frantically in search of the culprit(s) who many believe operate embark on the nefarious activity at night.

Meanwhile, a popular sub- chief in Damongo Chaliwura Kantara called ‘Stuborn Cat’ said the person who poisoned the Dam has the intention to kill as many people as possible in Damongo because many people make use of the water in the Dam.

Chaliwura Kantara has therefore made a passionate appeal to the Savanna Regional Minister, the District Chief Executive (DCE) for West Gonja and the entire coordinating council to make sure an investigation is launched to bring the culprits to book.