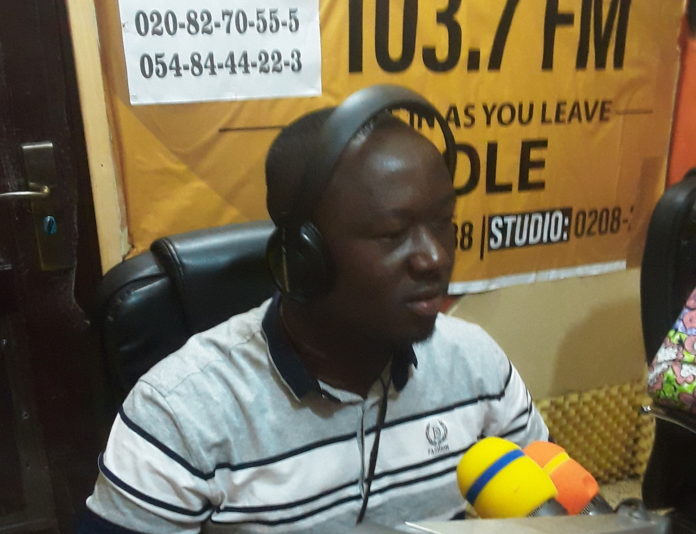 The Communication Director of the opposition National Democratic Congress (NDC) in the Savanna Region, Mr Malik Basintale has said that former President John Dramani Mahama spoke fluent Gonja throughout his tour of the Savannah Region and as well spoke English and Twi depending on the community visited.

Speaking to Bole based Nkilgi Fm Mr Basintale said they took notice of several tribalistic Comments being passed by members of the NPP in accusing John mahama of Speaking Twi, Hausa to communities around Mpaha, Sawla, Bole and other areas in the Savannah region and as such we the NDC “outrightly condemn the barbaric Tribal and ethnocentric comments from the NPP Regional chairman and his team seeking to deepen their already started division between various tribes in the Savannah region”.

The NDC Communication Director Malik Basintale spoke to Bole- based Nkilgi Fm in response to a press statement from the Communication Officer of the New Patriotic Party (NPP) Mr Mohammed Issah after the visit of former President John Dramani Mahama to the Savannah where he hails from.

Among many issues the NPP Communication Officer said”…The same Mr Mahama addressed a delegation of Chiefs from Gonjaland on a courtesy call to him as President in English, yet spoke Twi to a similar delegation from Tain in the same Chair.

The same candidate Mahama who today addresses Twi journalists instead of his people on his home soil in Daboya. You cannot under any circumstance continue to disrespect your own people in this awkward manner. It is so far clear, that candidate Mahama sees us in Gonjaland as election winning machines but not to develop us”.

Mr Basintale said after addressing the people of Daboya in the Gonja language there was the suggestion that there are Ewes and other ethnic groups that do not understand the Gonja language well and so he should speak Twi which he did.

The Communication Director of the opposition NDC in the Savanna Region, Mr Malik Basintale also urged his colleagues in the NPP in the region to stop the needless attacks on the flagbearer of the NDC and explain to the people of the region the failure of their party.

Earlier in a Press statement released today 30th August, 2019, Mr Basintale dared the NPP to mention just one (1) achievement of the NPP in the Savannah Region, A region former John Mahama and other stakeholders supported in creating.
Source: Zion Abdul-Rauf/ nkilgifmonline.com