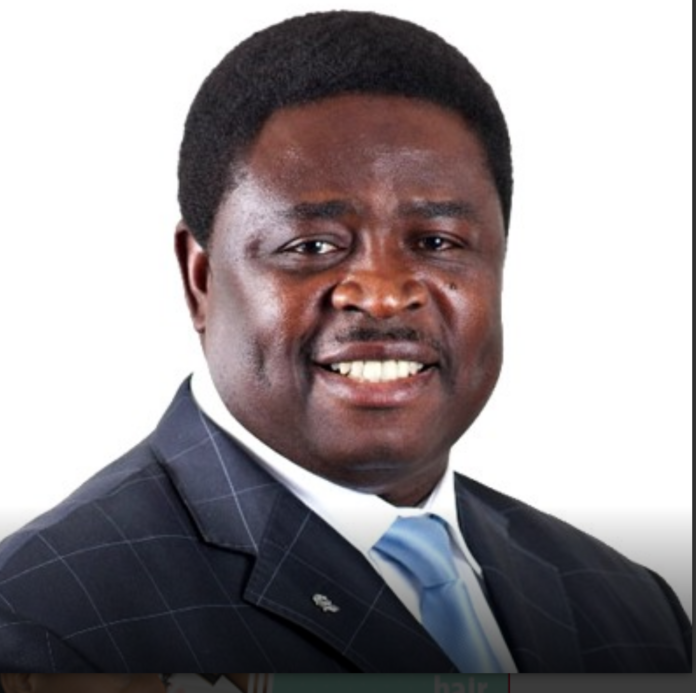 The agricultural scientist believes the two parties have failed to fight in the interest of Ghanaians hence the need for Ghanaians to join his movement and help fight for a common goal.

The National Interest Movement (NIM) is a civil society platform to rally support for an independent alternative to Ghana’s electoral duopoly.

“The mission of NIM is to arrest the widening gap between Ghana’s rich and poor by lifting faster the living standards of the masses that have the lowest incomes. And through merit and accountability, increase opportunities for pragmatically transitioning the masses into a middle class with first-world living standards. NIM will “water the seeds of hope” sown at Ghana’s independence and uproot the “weeds of despair” that comes with selfish, greedy, divisive and destructive behaviour,” an overview statement of the movement states.

It further states, “Its agenda demands significant constitutional reforms that will be set a new foundation called The People’s Charter for a more progressive nation. NIM’s objective is to radically change Ghana’s system of governance, its economy and its social attitudes for a more inclusive and prosperous society for all. NIM aims to sustain the enduring vision of a nation united in its purposeful pursuit of a developed progressive 21stcentury nation embedded in a regional pan African political economy. Such progress being contingent on the reconstruction of the image, capacity and mindset of Ghanaians and other Africans both on the continent and in the diaspora throughout the world.”

The National Interest Platform (NIP) was registered as a civil society, non-partisan organization in 2015. Its sole purpose is to act as a platform and think tank for fostering the emergence of a National Interest Movement (NIM). NIM shall serve as an alternative political force (third force) that shall pursue a definitive paradigm shift in Ghana’s system of governance, economy and social fabric through pivotal constitutional and policy reforms.

Per its framework, NIM wants to serve as a template for other African Countries whose democracies have stagnated and become dysfunctional duopolies. Such so called democracies now serve only the needs of a bi-partisan group of Africa’s post-independence political elite class. NIM will be the vehicle for a convergence of forces that will give voice to the marginalized poor, the muted middle class and increasingly frustrated intelligentsia. Together these disenfranchised group will denounce and renounce the fritting away of our common future, by the pretentious practice of a monetized democracy that is steeped in corruption and malpractice as an accepted way for everyday life.

Portions of its framework read: “The national interest movement (NIM) shall galvanize mass support behind a single independent Presidential candidate to pursue a clearly defined reform agenda campaign in the coming general elections in Ghana (2020) and subsequent elections until victory is achieved. NIM aims to capture the presidency and sway a majority in parliament in order to form government in 2020 and/or thereafter. The purpose of NIM gaining such power is to significantly reform the 1992 constitution to pave the way for a more strident paradigm shift that will genuinely change the system of governance as we know it today to a more purposefully, meritocratic, pragmatic and honest system. Such radical change is not possible under the current constitution without significant amendments that resolve self-serving contradictions to entrench power and protect the political elite class.

We aim to stop the waste of opportunity and effect the needed changes in our system by engaging the Ghanaian public citizens to accept the Peoples Charter for fundamental change as their war cry going forward. Ghana cannot and must not wait any longer to effect a genuine change in its system of governance, architecture of its economy and values of its social fabric.’’

The movement currently operates in 8 regions, 19 constituencies, 29 polling stations and currently has some 1,021 members.