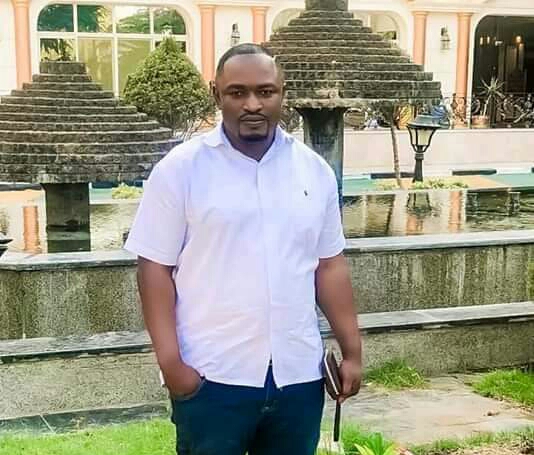 The Savannah Regional Youth Organiser of the New Patriotic Party (NPP) Mr Raphael Mahama Akati who was seen as the most popular and vibrant NPP parliamentary candidate for the Bole- Bamboi Constituency has stepped down from the contest.

“Having taken a sober reflection, a self introspection and upon a broader consultation with my family, advisers, Team players, Senior politicians in our party, personal friends and well-wishers, I have finally taken a bold but painful decision not to contest the upcoming parliamentary primaries on the ticket of our cherished New Patriotic Party in the Bole-Bamboi constituency”.

The NPP Youth leader in the Savannah Region said he has keenly monitored the political space in the region, it is becoming clear and obvious that in order to change the political and electoral fortunes of his party in the region, the youth wing must be re-energised, empowered and strategically positioned so as to give  their opponents a befitting defeat in the up coming elections and “I see myself playing a very pivotal role and also leading the youth front of our party in achieving such a mark”.

He further said; “I concede that this very decision might break the hearts of many who want to see the Bole project delivered with distinction,but the most refreshing news is that, I want to assure everyone that I will avail myself at all times and partner with anyone who will win the primaries to fight for every single vote in Bole-Bamboi constituency”.

It seems the NPP in Bole- Bamboi where former President Mahama hails from have already gifted the seat to the NDC on a silver platter.

The NPP Chairman for the Bole- Bamboi Mr Sulemana Zakariah an an interview on Bole based Nkilgi Fm confirmed that the party has no credible candidate.

Speaking in an interview on Bole- based Nkilgi Fm, the NPP Chairman said the DCE who was abroad and became the UK Women Organiser of the NPP came down to contest as NPP Candidate for the Bole- Bamboi in the 2016 election and wondered why the DCE has this year not picked a form to contest the NPP Primaries and subsequently become the NPP Candidate for the constituency.

The Bole- Bamboi constituency NPP Chairman said the DCE should prepare and contest the election because she has resources as DCE as compared to the two candidates that have so far picked nomination forms and that the DCE has about government cars concluding a beand new Nissan Patrol.

The Chairman said the massive development by the NPP government in the Bole District makes the DCE is a credible candidate to be able to defeat the NPP in the Bole- Bamboi constituency.

But the DCE who refused to grant Nkilgi Fm an interview on the issue simply said; “Afloooo!!” (which in the Gonja language means ‘God forbid’). I won’t contest today and I won’t contest tomorrow. I won’t speak to Nkilgi Fm for the first time that they want me to speak on an issue. I will throw away the form if anyone brings it to me”.

Many are wondering why the NPP has many leading members from the Bole- Bamboi Constituency but they have all shied from contesting the Parliamentary primaries.

The General Manager of Bole based Nkilgi Fm wrote on Facebook asking why the NPP is in that situation. In a lengthy article he asked;

“Where is the 2000 and 2004 and 2012 parliamentary candidate Alhaji Dr Sulemana Adams Achanso who is now a lecturer at University of Development Studies (UDS) Tamale and a Board Member of the Bui Development Authority?; Where is the 2008 Parliamentary candidate Madam Otiko Afisah Djabah who was also a former NPP National Women Organiser and former Minister of Gender and Social Protection?; where is the 2016 candidate Madam Veronica Alele Heming who is now DCE for Bole District?; Where are the likes of Hajia Salamatu Forgor, who is now the Ambassador to Namibia who contested and lost to Madam Otiko Afisah Djabah?; where is Mr Issahaku Kotomah a very affable, smart and popular man from Bole who is now in business and mostly based in the UK who alao contested the 2008 Parliamentary primaries”.