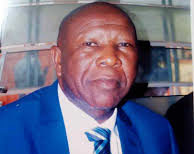 Politics:A former NPP Parliamentary Candidate of the NPP for the then Damongo- Daboya Constituency, Alhaji Mahama Asei Seini has promised to whisk the Daboya-Mankargu Constituency seat from the National Democratic Congress (NDC)

Speaking to Bole- based Nkilgi FM after successfully undergoing the vetting process at the Savannah Regional capital of Damongo yesterday 15th August, 2019, Alhaji Asei who was the NPP candidate for the then Damongo- Daboya Constituency said he was relaxing and waiting for the right time to lead the party in the constituency.

He said he has supported every candidate wh ever led the party in the previous elections and sees it as the right time to support himself now.

Alhaji Asei went further to say he groomed the  Deputy Minister of the Savannah Mr Samuel Tikah and sees it unfair on the part of the minister going into the contest with him but reiterated that  he is both financially and humanly stronger than Mr Tikah.

He said he has done a lot  for constituency and stands very tall to beat the other contestants to lead the party.

Earlier before the vetting of Alhaji Asei, Deputy chief of staff Lawyer Samuel Abu Jinapor who is contesting the Damongo seat unopposed was vetted. Aspirants from the Bole- Bamboi Constituency were also vetted.

Vetting of the various aspirants started on Wednesday 14th Auguat and is expected to end today Friday 16th August, 2019.