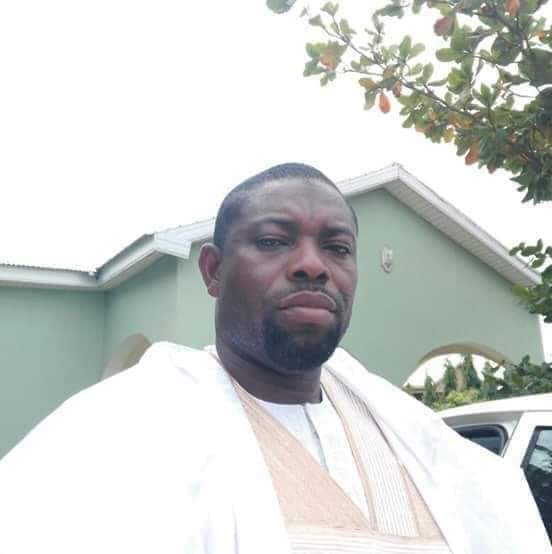 The Northern Regional Communications Bureau hasve said they learnt with utter dismay the decision of President Nana-  Akuffo Addo to cut sod for the construction of the second phase of the Tamale international Airport project as part of his tour of the Northen region.
A statement singed by Northern Regional Communications Officer Abdul-Mumin Alhassan said the President, in our candid judgement as citizens, not spectators, is only undertaking this staged exercise for his usual political deception.

The Northern Regional Communications Bureau has learnt with utter dismay the decision of Mr. Akuffo Addo to cut sod for the construction of the second phase of the Tamale international Airport project as part of his tour of the Northen region. The region is completely taken aback by this mediocre intention of Mr. Akuffo Addo since the project was already set in motion by His Excellency John Dramani Mahama in 2016.

It must be noted that the entire project was borne out of the vision of NDC under H. E. John Dramani Mahama and had remarkable commitment from the former President. The project forms part of the overall vision of the NDC to reposition Ghana as an effective aviation hub on the African continent and beyond. President Mahama and the NDC relentlessly ensured the rehabilitation and expansion of aviation infrastructure across the length and breadth of the country. This is evident in the massive works done at the Kotoka International Airport, Kumasi Airport, Ho Airport and that of Tamale under the NDC.
In effect, there was a clear master plan and commensurate commitment towards the aviation sector, prior to NPP taking over government.

Regrettably, the Mr. Akuffo and the NPP has shamefully failed to show similar commitment to the development of the aviation sector. The government has since not been able to make even an ant-sized alteration in a bid to improve the aviation sector. They are only bent on talking and looking around to take advantage of projects that were started or completed by President Mahama and the NDC.

This explains Mr. Akuffo Addo’s embarrassing penchant of moving from one Region to the other cutting sods for projects whose sods had already been cut and even in some instances with work already in progress.

Considerably, cutting sod for the phase 2 of the Tamale International Airport for the second time is cunningly intended to dribble citizens of the Region into forgetting that sod had already been cut for the project after Parliament of Ghana on Thursday November 3, 2016 had approved a commercial agreement between GoG and Queiroz Galvao Limited for the construction of the second phase.

Whilst the loan was originally procured in 2016. The NPP government in  2018 decided to change the bank providing the syndicated credit. That led to the revision of the agreement in 2018 to swap the syndicated bank.

However, it is worth knowing that the vision, concept, scope of works, the design, the developer, etc remained the same. So one would ask, what would inform the need to cut sod for a project that has already gone through that process and should have being in progress by now?

Certainly, this manifests Mr. Akuffo Addo’s character of deception and belittling the intelligence of citizens. Would it not be in the interest of Ghana and of Ghanaians to save the nation from such an unnecessary expenditure of a ceremonial sod cutting and allowing space for work to begin, since the originator of the overall project had already paved the way?

The President, in our candid judgement as citizens, not spectators, is only undertaking this staged exercise for his usual political deception. It’s entirely unnecessary and a waste of the taxpayers’ hard-earned resources. For country, we call on him to rather focus on getting the project started than engaging in such a fruitless fanfare that will only create an opportunity for his family and friends loot the state as they done over the period.

The people of the Northern Region deserves better than this shameless attempt to own a project his own party vilified and denigrated through this needless ceremony. The President will be belittling the reasoning of the people of Northern region at his own peril. We are not gullible to clap for you just because you have used state resources to organize a ceremony that has no bearing on a project that was birthed by your predecessor.

Whilst we take cognisance of the fact that the project has unduly been delayed in Mr. Akuffo Addo’s tenure and must be continued with every sense of commitment, we all the more charge him to consider how unserious an exercise of cutting sod for a project whose sod had already been cut appears. It is quite understandable to note that this mediocre exercise is crafted to share in the legacy of the former President Mahama. But certainly, such a blunder is avoidable.

We therefore entreat him to show the same commitment former President Mahama showed in practicalising a vision he (Mahama) birthed, and rid his tour of this embarrassing exercise.