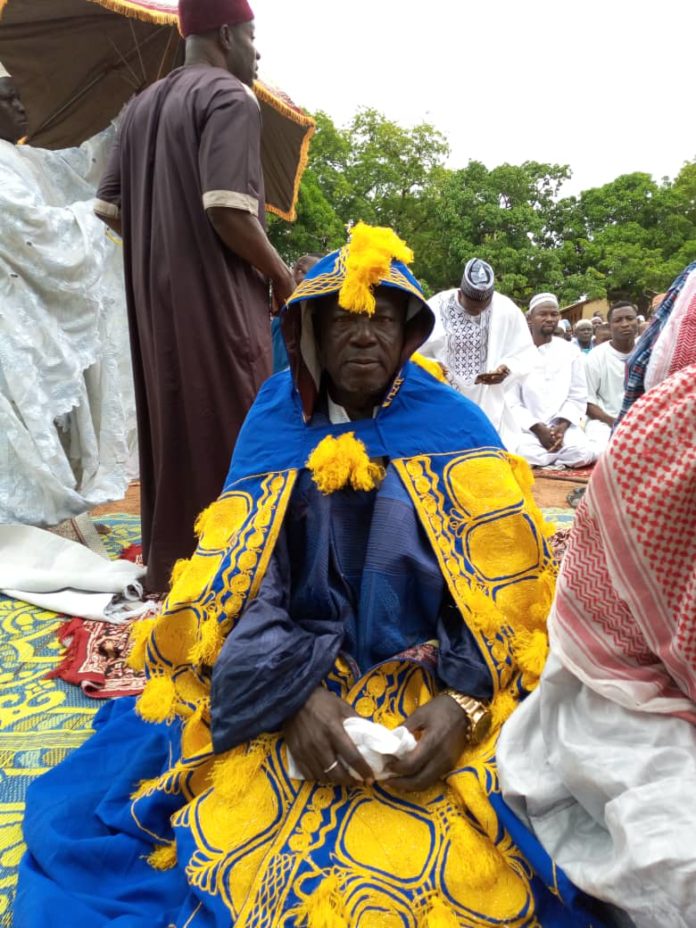 This years Eid prayer was peaceful and attended by hundreds of Muslims but under heavy security.

Bolewura Sarfo Kutuge Feso (I) call on the good people of Bole, Chiefs and Queen mothers to exercise restrain at this difficult moment while stakeholders, the security agency, the leadership of the youth and government work for the possibly removal of the curfew imposed on Bole township and its environs as there is now peace in Bole.

Bolewura assured government of his commitment to peace and will at all times stand for peace in Bole Traditional Area.

Alhaji Nuhu Yusif Kamagtey who led the prayer on behalf of the Chief Imam of Bole prayed for peace in Bole.

The Member of Parliament (MP) for Bole- Bamboi said the people of Bole need to be commended for the peaceful atmosphere at the Eid grounds. He said the heavy security presence was good but hopes then people will without any security the next Eid prayer.