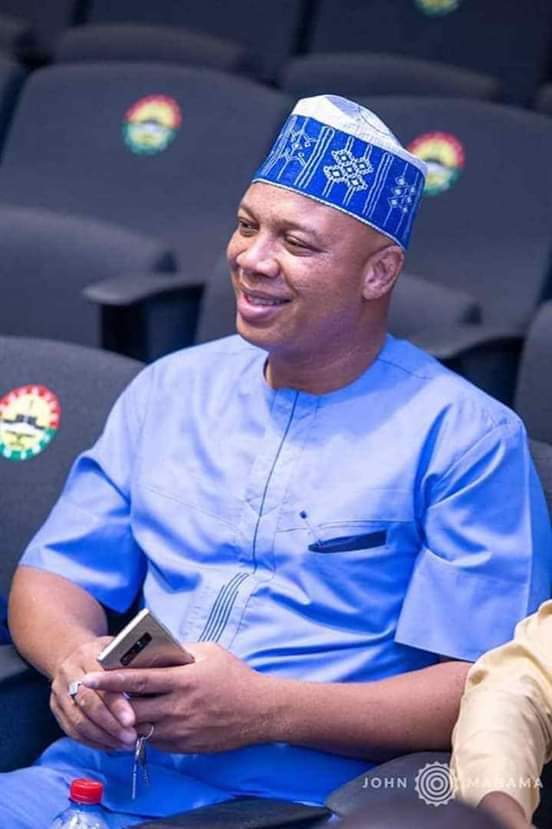 The Communication Officer of the NDC for the Damongo constituency Mumuni Yahaya Kiyoyo has said that the Member of Parliament (MP) for Damongo Hon Mutawakilu Adams Garlus was not chased away from any part of Damongo as put out by an New Patriotic Party (NPP) activist Saaka Karim popular known as Lotic Buwonu.

The NDC Communication nothing Officer in a statement said there is nothing closer to Saaka Karim’s description of happened when the MP visited an area in Damongo called Ngbaripe.

Mumuni Yahaya Kiyoyo said no amount of lies can wash away the shame brought upon the self-imposed Parliamentary Candidate for the NPP in Damongo “for his wicked agenda of sharing juju kenkey and bread”.

The NPP man Saaka Karim put out a statement that the MP for Damongo Hon Mutawakilu Adams Garlus and the NDC Communication officer for Damongo Hon Mumuni Yahaya Kiyoyo were yesterday chased away from a Damongo area called Ngbaripe by an NDC affiliated group when they embarked on their usual visitation to distribute maggi.

Mr Karim said; “The young and vibrant NDC members got infuriated when Garlus and his lieutenant said nothing meaningful after being asked that, what at all has he the MP done to ensure the welfare and betterment of the youth of Ngbaripe since he was voted as an MP and all they could say was to pour insults on Lawyer Abu Jinapor and that angered the youth because they know how lawyer Abu has been very supportive to them despite their political differences”; he said.

According to Saaka Karim the youth further warned the MP and his lieutenants not to step their feet in the area again and reiterated their readiness to support lawyer Abu Jinapor win the seat come 2020. He also said all attempts to distribute maggi cubes by the MP proved abortive because the Youth said their mothers do not need the maggi today they do not need it tomorrow.

But the NDC Communication officer Mumuni Yahaya said the Hon MP for Damongo Constituency, Hon Adam Mutawakilu Garlus has been visiting communities within the Constituency, polling stations and some selected youth and women groups to interact with them and visited Ngbaripe in Damongo where he comes from and met with the people.

Mumuni Yahaya said the MP after meeting with the residents in the said area humbly responded to a call by a youth group who are being coordinated by he Mumuni Yahaya Kiyoyo.

“After a short interaction the MP Hon Garlus gave them some undisclosed amount to buy drinks since he was supposed to provide them refreshment in the course of the meeting and a spark of jubilation greeted this short meeting with the leader of the group called ‘Our Money’ extolling the humility of Hon Garlus and thanked him and the leaders of the party”, he said.

The NDC Communication Officer said it is surprising but expected of Karim Buwonu to have crafted such a naked lie to earn him some audience from the ‘money Bag’ of NPP Samuel Jinapor.