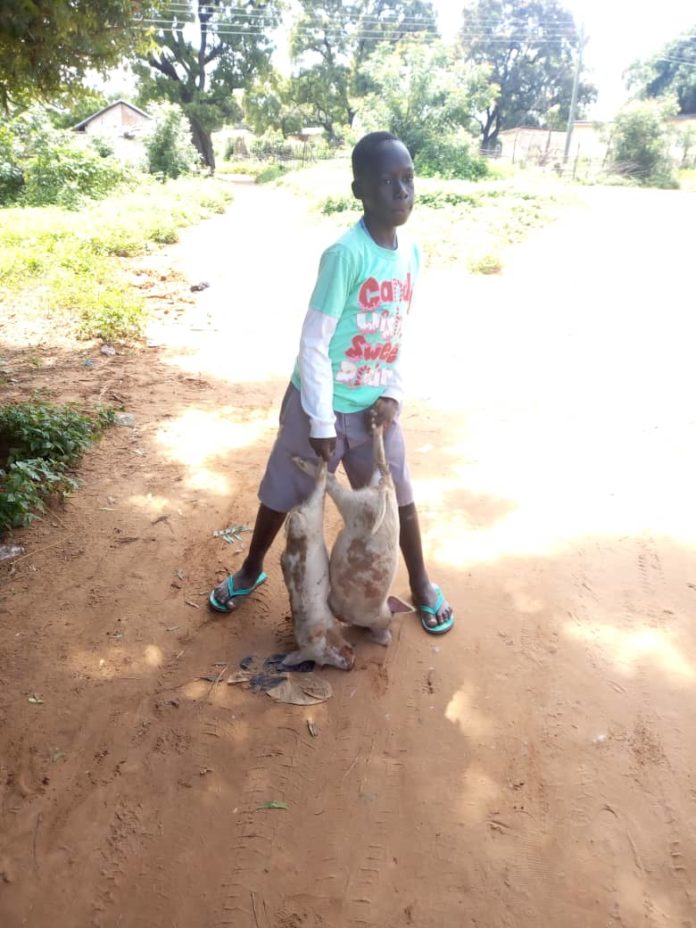 Over one hundred pigs were killed at the Yagbon residential area, a suburb of Damongo by the youth of the area.

The youth numbering more than 30 and armed with guns and cutlasses went round the entire area in search of pigs that loiter in the area.

Speaking to Bole based Nkilgi FM, the leader of the youth, Mr Abdul Aziz Mahama said the pigs are in the area destroying
gardens of the residents, polutting water stored at the homes of residents, killing newly born sheep, goats,fm fowls and even enters into the Royal cemetery in Damongo township to exhume bodies especially babies buried in the cemetery.

According to Mr Aziz, several appeals were made to owners of these pigs to confine them but were ignored.

Even the Palace of the Overlord of tje Gonja Kingdom Yagbonwura Tuntumba Boresa locates in the area had become the resting place for this animals. The pigs he said are always seen hovering and sleeping around several mosques in Damongo.

Mr Aziz said Yagbonwura was therefore the first person to approve the killing of the animals after a three week ultimatum to confine them.

The three weeks elapsed with the pigs still hovering the area, making the youth to kill them at several locations in the area including the Yagbonwura’s Palace, Damongo Senior High School and other areas.