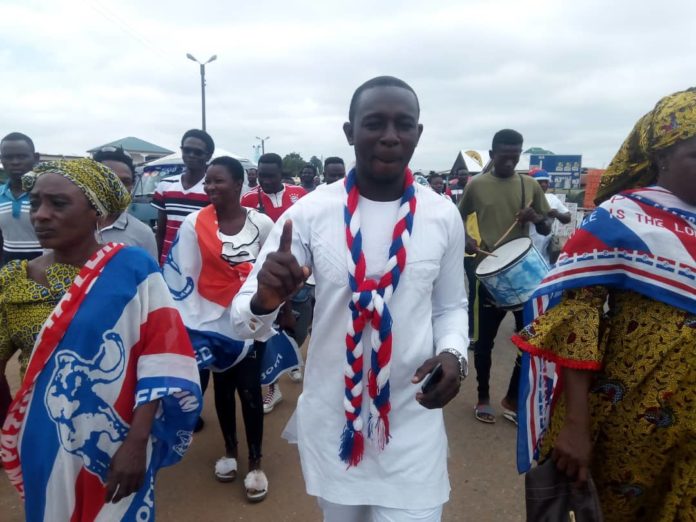 Banasco submitted his nomination forms at the NPP office in Sawla at short event which was characterised with funfair and saw hundreds of NPP supporters trooping in to throw their support for Banasco.
The first phase of the event saw the crowd March through the principal Streets of Sawla and stopped at the residence of the Sawla-Kalba constituency NPP Chairman Fuseini Mohammed to seek his blessings and guidance.

Speaking to Bole based Nkilgi Fm at the event, Banasco called for unity in the NPP party and promised the change the people of the Sawla-Tuna- Kalba constituency have been yeaning for.

“I am motivated by the fact that Sawla needs Change, thats why I decided to contest for this seat”; he said.

He continued,” I want to make sure Sawla -Kalba constituency gets its fair share of the national cake”. Banasco concluded by applauding the youth for rallying behind him.

Banasco Seidu Nuhu is an indigene of Sawla with family roots at Soma.

NASCO Foundation the NGO founded by Banasco has help hundreds of students in the Sawla- Tuna- Kalba District by providing over three hundred (300) computers to selected schools across the district.

He has established eight (8) computer centers across the district, according to nasco , he has a vision of making Sawla an it hub in the Savannah Region